Legend of Zelda: Breath of the Wild and Hyrule Warriors: Age of Calamity Roleplay Forum

New to ZRPG? Check out the Player Handbook!

The province in the central northwest of Hyrule includes the Hebra Mountains, Tabantha Frontier and Tabantha Tundra regions.
Post Reply
3 posts • Page 1 of 1

Entry Islands, Rito Village
5 Rest Moon, 9990th Year of Champion’s Peace
Late Morning
Truly, just what was a craft? Certainly there are the things that come most easily if one were to think of a craft fair. Scarves and hats crochet by little old biddies. Small-batch preserves, smoked fish, and other jarred goods. Rustic confections and handcrafted ceramics. Surely things cultivated with care and skill and time. Perhaps many things that haven't quite been elevated to the level of artisanal. A more discerning mind might ponder in what ways such an understanding was limited. Such a mind might seek the meaning of craft in hidden places, stolen away from the public eye. One might consider the ways in which craft can also mean sorcery, things woven from shadow and secret. Some assassins call their skill a craft, the artful carving of life from the body. Yet, certainly craft held a deeper meaning that unified such paltry associations of action and product of action. To an inspired mind, to craft was to fundamentally transform a medium from its previous state. An esoteric act of will and vision upon reality. Such deeper truths were hard won, however, at a craft fair. Especially in a place far-flung as Rito Village.

The persistent and curious let no such limitations tarry their inquiry. No, never. Was there not value in searching for crafts obscure and precious where others did not? To be able to find such a thing was a craft in and of itself, and Xenobius Maritta firmly believed in his own craft. The ability to extract value from things others had yet to recognize. The jet-feathered rito had more than enough evidence, considering the distribution deals he had crafted with rural crafters whose wares provided the kitsch sought by so many housewives in Castle Town. It was something of a beneficial arrangement, the influx of resources that a relationship with the Maritta Exchange brought them that allowed them to increase their production and pocket, while the Fixer locked them into an iron-bound multi-year contract that benefited his clan far more than such a producer could expect. Not that the seasonal crafts fair at the entryway of Rito Village had yielded much yet for Xen over the years. It was, afterall, no Shadow Hamlet. The molting season and the auction of valued, insulating feathers brought an opportunity quarterly to peruse, regardless of how droll, and if one were to say anything about the haughty so-called “Prince” of the Maritta Clan it would not be that he let an opportunity pass him by.

So, as the chill of the morning began to bleed from the air as the sun rose toward noon, the receding shadow of Rito Village’s mount had found Xenobius strolling through the stalls. A rito himself, the Maritta wore nothing extra to ward off the cold. His crisp, zoran-style doublet glimmered with silvery thread in the morning light. The intricate trellis pattern of the thread stark against silk the color of the deepest waters of Lake Totori, where it rested far below. A contrast to the usual gold chain that indicated one of his many pocket-watches, black titanium looped from one pocket to another, inky against the cobalt fabric. The chilling blue of his eyes drifted without interest across the wares of the stalls he passed, primaries clasped behind his back as he nodded to the explanations and pitches of the crafters he encountered. A stall of smoked salmon of various preparations, including the honied type his Grandfather was so fond of. A cart ran by children, offering luck charms and windchimes of surprisingly cohesive design.

Xen knew better than to buy things so early in the day, yet as he came to a small table offering the most unusual wares he had encountered in Rito Village his facade of disinterest faded in favor of genuine interest. His attempts to inspect the wares closer was foiled by the presence of another who seemed to either lack situational awareness or was being purposefully rude in their lack of moving to the side.

“Excuse me, might you make room for other patrons?” 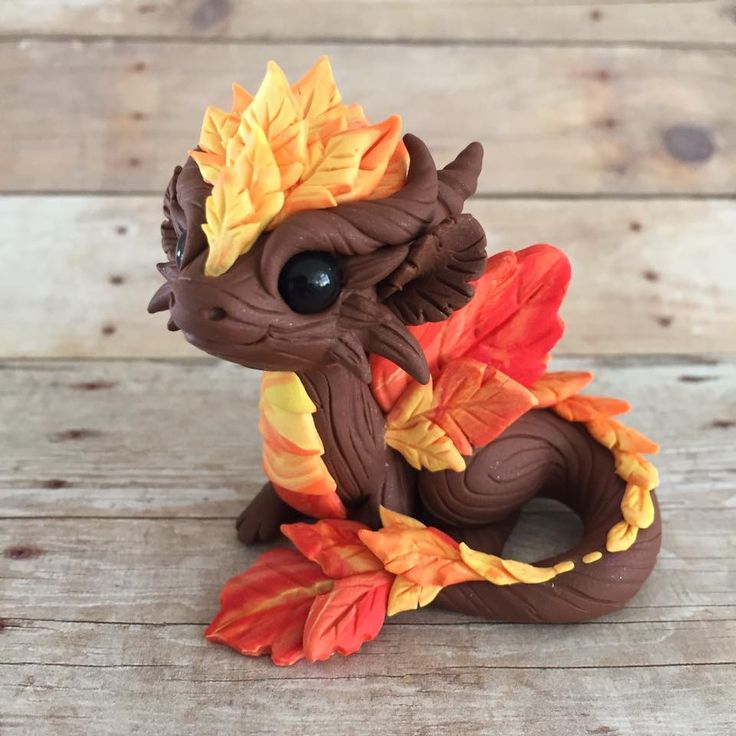 It was wonder exactly how far one might stretch the terms of art and craft—so many different verities and creative expression still fell under the same label. Some were more traditional things that most apply the terms to, canvas covered with selected pigments and oils, drawn to create a representation of something from life or the imagination, strands of threads and cloth are woven together in a myriad of colors to create tapestries and articles of clothing. Of course, there are more mundane things that still apply, cooking and architecture, masonry, and smithing. Reski liked to consider himself an artist in some ways, twisting thinly stretched precious metals into rings and chains, along with fitting cut gems in sockets of his own creation. Sure it was really just a hobby of his, mostly made as gifts for friends and the occasional pawn. The pale blue Rito was always one to help support and uplift others in their creative pursuits. Who knows, maybe a small gesture might be a turning point in another's life, allowing them to move on with their craft and reach even greater heights. Of course, Reski’s own craft of taking things from people to which they don’t belong was one to be left in the shadows, but if his craft can be used to make a difference in another, then that more than worth the trouble he might get himself into.

The was a sort of a chaotic order that came to a craft fair, the flow of people walking to and fro, from stall to booth and from work of art to an artisan’s goods. Reski Muke was one always to keep an eye on things around him, and even this kind of environment would give his own watchful eye a run for his money, even more so given that it was his own first visit to this area. The bird had heard of the craft fair before on deliveries for his and his brother business, but it was quite a different experience in person that he would’ve imagined by word of mouth. Reski padded about, gazing earnestly at all the options up for sale. He would have to be a bit more careful with his finances, it was a bit too early on in the day to buy something, and he hadn’t had a chance to look at all the options as well. The soft green sleeveless tunic that Reski wore billowed softly and frayed a bit at the edges. This was casual attire, one that was easily forgotten and easily replaced. Reski himself didn’t own very many nicer clothing options and didn’t want to ruin any of them, so he figured he might get himself something nice while he was here milling about. It might have been tempting to try and lift something off of the tables and make off without as much as a second glance if Reski came from a different wing of life; he just had to be sure to keep his primaries to himself.

Reski stopped and stood at one of the stalls, examining the table's contents for a moment. These were quite fascinating. He was about to look up and ask the seller about these objects, having piqued his interest when another asked if he might make room for other patrons. He hadn’t expected someone to come up so quickly after he had arrived here. Then again, he supposed it was reasonable. Reski turned to the side and took a step backward, standing closer to the side of it rather than the front. He took in the inky feathers and cobalt vesture of a one Xenobius Maritta in a moment, the Prince of Night himself, or at least that’s what Reski liked to think of him. “Of course, my apologies, I didn’t mean to take up so much room.” He adjusted his satchel to hang more to with the small of his back rather than his side and continued to peruse the table's contents in the front of two Rito.
Aulivere Arum - Hylain - Alchemist
Reski Muke - Rito - Gentleman Thief
Zim Muke (NPC) - Hylain - Doctor/healer
Fable - Korok - Adventuring Novelist
Kahyet - Hylain - Zomari Shaman Apprentice
Havensage - Guardain Fairy - Demon Cursed Fairy
Top

Pogi did not care about the meaning of craft or art, and he did not care about their applications. At least, not consciously, he didn’t. Koroks were a simple people, and while their capacity for creativity and passion had no limitation, their perception of art was limited by their simple, gentle way of life. Pogi’s exception to the rule only carried him so far down the path of appreciation.

He held appreciation for profit and for saving his own bark, and, while there was profit to be made, surely, Pogi found himself looking over his shoulder more and more frequently these days. He had gotten used to the stomping and swooping and thwapping of giant feet across the earth, and he had become deaf to pitter-pattering. Isolated from his own kind, he no longer appreciated the subtlety of the Korok species, a potentially deadly complication when a powerful Korok organization was, most surely, out for your life.

For once in his life, Pogi had chosen not to draw attention to himself. He was carefully navigating the people milling about Rito Village to gawk at arts and oddities. He didn’t so much as step on a shadow except to avoid direct collision. He had a mission, after all: seeking protection from the Shrubberhood by the Maritta. However implausible this idea may have actually been, it seemed like a swell idea to Pogi.

If there was any event that would bring agents of the Maritta out of the darkness and into the public, it was this event. Pogi would not do something so crass as simply asking the Maritta for asylum. He was a cleverer Korok than that. Instead, he would demonstrate his usefulness by stalking one of them and gathering information, and then, when they were alone, he would reveal himself and offer his services.

I am a genius! he thought to himself, as an unaware Rito passerby collided with him, sending him, and, crucially, his miss-me-not stick, on an uncontrollable collision course with a well-dressed Rito gentleman with black feathers gawking at goddess-knows-what. (Pogi did not appreciate his clothing.) OH NO!
Disclaimer: I don't like internet people to know my gender. TROUBLE MAKING ARBOREAL ENTITY: POGI
Top
Post Reply
3 posts • Page 1 of 1