Legend of Zelda: Breath of the Wild and Hyrule Warriors: Age of Calamity Roleplay Forum

New to ZRPG? Check out the Player Handbook!

The character masterlist. Once approved, your character will be moved to this folder.
Post Reply
1 post • Page 1 of 1 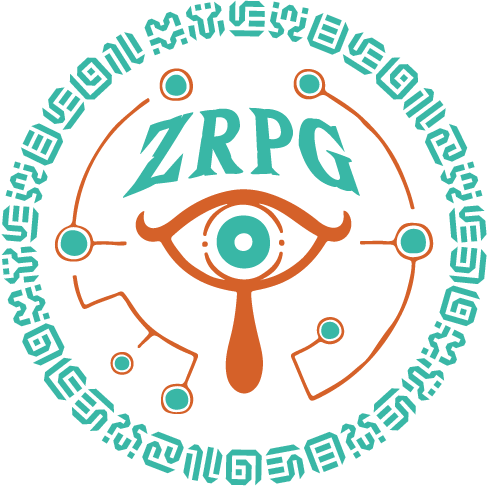 Appearance:
Short statured, Pogi stands at around 3 feet and weighs around 45 pounds, sans cargo. He appears to be a thick, wooden orb with short legs and arms. A striking bouquet of roses seems to sprout from his head in place of branches.

He wears a heart-shaped leaf mask, behind which his dark eyes glow very, very dimly. He otherwise wears no clothing. His voice is rather high-pitched for a human, but perhaps a bit low for a Korok. He carries himself with an unearned pride and confidence, seeming to demand respect from anyone who doesn’t immediately acknowledge him.

Personality:
Pogi is short tempered, short statured, and ill mannered. He has no true respect and much fear for authority, treating officers and teachers alike with the same deep, disdainful wariness.

He can be kind, on occasion, but his miserly distrust overrides his better nature most of the time. He has a tendency to hoard, compulsively burying little caches of merchandise throughout Hyrule during his journeys. They rarely remain when he comes back to them, either because they grew on their own or because they were raided.

Despite his wariness, Pogi can be oddly naive in any situation he doesn’t have experience in. Perhaps it is in his Korok nature, or perhaps it is a trait unique to himself, but he struggles to truly see the bad in people he doesn’t know, unless they fall into the previously well-documented categories of cops and teachers.

Skills and Talents:
Pogi is a floramancer of some talent, but relatively little training. He also possesses a kind of second sight, allowing him to perceive large deposits of metal. It is useful for detecting concealed weapons, but Pogi frequently forgets that he’s able to use it. His favorite trick is to sprout a Korok leaf from his staff and use powerful gusts of air to repel enemies. He only rarely forgets he can do this.

Weapons:
Though armed with a single magic staff, he also carries a toy slingshot in his backpack. He carries an assortment of seeds in his bag. He can force them to grow into fighting form with magic, but there’s no guarantee they’ll listen to them, they just attack whatever is nearest.

His staff is a so-called miss-me-not staff; a single blow from this staff will alert even the most magically uninclined to his presence. He makes ample use of this staff to order drinks at bars, annoy waiters who definitely did not forget he was there, and harass passersby into buying beans from him.

Equipment: Pogi has a wooden flute, lots of magic beans, and a flask he keeps filled with enduring elixir. He stores it all in his backpack, which is probably about as big as he is.

Property: Only what he carries on his back. His caches can barely be called his anyway.

History:
Even as a meager seedling, Pogi had an affinity for plant magic: Making things grow, making them move, making them try to eat him, etc. His ego quickly inflated and his personality grew difficult. He seemed “mature” for his age, even mature for a Korok, at least superficially. Much to the dismay of the rest of his community, he learned to swear and spit, skills he applied liberally to his life. He was frequently bullied, albeit fairly gently. No matter how kindly one is ostracized, it still doesn’t feel good.

He loved to hear and read stories about great villains, especially the romanticized versions. It would be incorrect to assume that these stories changed him in any essential way, but it did shape the particular kinds of trouble that he would naively seek out later. Koroks aren’t known for their wordliness, and didn’t have a strong answer for Pogi’s odd fascinations. He was far from the sort of creature that would choose to support a villain like Ganon, however. He had an innate, if baffling, sense of good, of “romance.” A good villain had to look out for others, have a good motive, have a good story, and had to actually be the hero in some way.

By about 16 years of age, Pogi’s odd combination of talent and cantankerousness made him hated among his teachers. He was learning the proper upkeep of the forest and basic floramancy, but he kept correcting his teachers, usually wrongly. Full of himself beyond reason, he even insisted on teaching the class, also wrongly.

In hopes of teaching him a lesson, he was led deep into the forest and made to find his way out. They were watching close by so he didn’t come to any real harm, but he never gave up despite everything. He repelled (weak) monsters all on his own, solved puzzles all on his own, and made it back all on his own. Though a little worse for wear, he craved more danger, more drama, and more independence.

This was a mistake on his part, but he didn’t know that yet.

He traveled to Castle Town where he joined the Shrubberhood, a mafia-esque drug-running and pick-pocketing ring run entirely by tough-talking, rough-looking Koroks. Harder mobsters might have considered them an after school club of a gang, but Pogi saw the classical romance of the Shrubberhood. Most Castle Town dwellers would never have known they existed, unless they were sufficiently into the drug scene, but Pogi was enamored with their ability to walk right up to some poor schmuck and rob them blind with next to no chance of consequence.

It was difficult at first. Pogi was unused to being unable to force his way into becoming the center of attention among the city-dwellers and the standards of the Shrubberhood were not as dependent on his shenanigans as he would have liked. Still, he worked his hardest to make a name for himself as a competent operative. Compared to the average Shrubberhoodlum, accustomed to using their relative mass to bully other Koroks, Pogi was fairly small. This made him better able to navigate crowds and steal wallets, which he did.

With his natural talent for magic, he rapidly rose through the ranks to become an apprentice of the Shrubberhood’s powerful Shrubfather, a fellow (and far more powerful) floramancer who saw in Pogi his own pride and unruliness. He learned the best ways to grow plants rapidly, manipulate roots, and sense things through the ground using roots as a sensory organ. At the same time, he craved to put his magic to some use other than making Korok Petiole. Magic weed was profitable, but it wasn't creatively or personally fulfilling.

Within a couple years, Pogi was getting into enough trouble again that even the Castle Town guards were on the lookout for him as best as they could be given they didn’t even know what he was. They did catch him one time. He had become so full of himself that he not only attempted to rob a guard, but also whacked his shins and taunted him. Pogi was used to running from things with shorter legs.

While he was temporarily held in a wooden wagon, he struck up a deep friendship with the minor Caldarelli merc, Barney, who was also looking into a world outside of crime. As soon as the guard’s back was turned, the Pogi easily ruined the wagon with his magic and the pair escaped. The two of them came up with an ill conceived plan: one night, they would both steal as many rupees as possible from their bosses, flee as far as possible, and invest in the bean market. It was a pipe dream, a wild pie in the sky idea, so they never acted upon it until it was too late.

Barney, who Pogi considered his only true friend, was killed by Arwen Payne (Pogi does not know who killed him, only that he was killed). A major purge of the Caldarellis had occurred resulting in many deaths. Pogi had to receive this information from a third hand source and was devastated.

Barney may have been a bad person, in hindsight. He wasn’t particularly kind to women and did far worse things than Pogi ever did. Still, he was kind to Pogi, and he had something resembling a conscience. In a sense, he was the ideal classical mobster, and Pogi adored him. Overcome with grief, Pogi trimmed his head, trading in his unkempt tangle of branches for a colorful bouquet of roses by grafting them onto his head where his branches had been. He would be his friend's only memorial.

He forced open the shrubberhood vault with magic powers and fled with as many rupees as he could carry.

Since that time, which was about 4 years ago, he has been hawking beans to anyone whose shins he can whack and jumping at the shadows of every tree. He is quite regularly in some kind of trouble.

It was a slow day, so slow that even the busiest of businessmen was lazing about in the noon-time sun. Easy pickings for a pickpocket or someone selling anything remotely useful.

He lashed out with his stick, and forcefully alerted the businessman to his presence.

“Ouch!” The businessman cried. “What is a child like you… wait, what… what are you?”

“I’m Pogi, and don’t you forget it. Ignore me again and lessee what happens! But look, I’m a simple business guy jus’ like you, right? And I got these beans, right? You gonna buy ‘em?”

Blaming the hot hummer sun for the sudden apparition, the man turned and walked away in search of water.

“Hey! What’d I jus’ tell ya?!” Pogi hollered, slamming his staff into the ground, his magic power surging into the ground. It was just enough to call roots to the surface and trip the poor businessman, who collided with the ground and was knocked out cold. “At’s whatcha get. Aw, cripes, did I kill ‘im? No, no he’s good. Okay, here’s what I’m gonna do, Mister. I’m gonna do ya a favor.”

Pogi pulled a few Rupees out of the unconscious man’s pocket and, in exchange, placed a bean into the ground nearby. Using his magic power again, he grew it into a delightful little source of shade for the sleepy gentleman.

“You’ll thank me later, see ya round, Mister” he grumbled, turning to go on about his day.
Top
Post Reply
1 post • Page 1 of 1